The LocationArgument class is used to specify a location in the command sender's current world, returning a Bukkit Location object. It allows the user to enter three numbers as coordinates, or use relative coordinates (i.e. the ~ and ^ operators).

The LocationArgument constructor requires a LocationType, which specifies the type of location that is accepted by the command. The LocationType enum consists of two values:

BLOCK_POSITION refers to integer block coordinates. When in-game as a player, the suggested location is the coordinates of block you are looking at when you type the command. 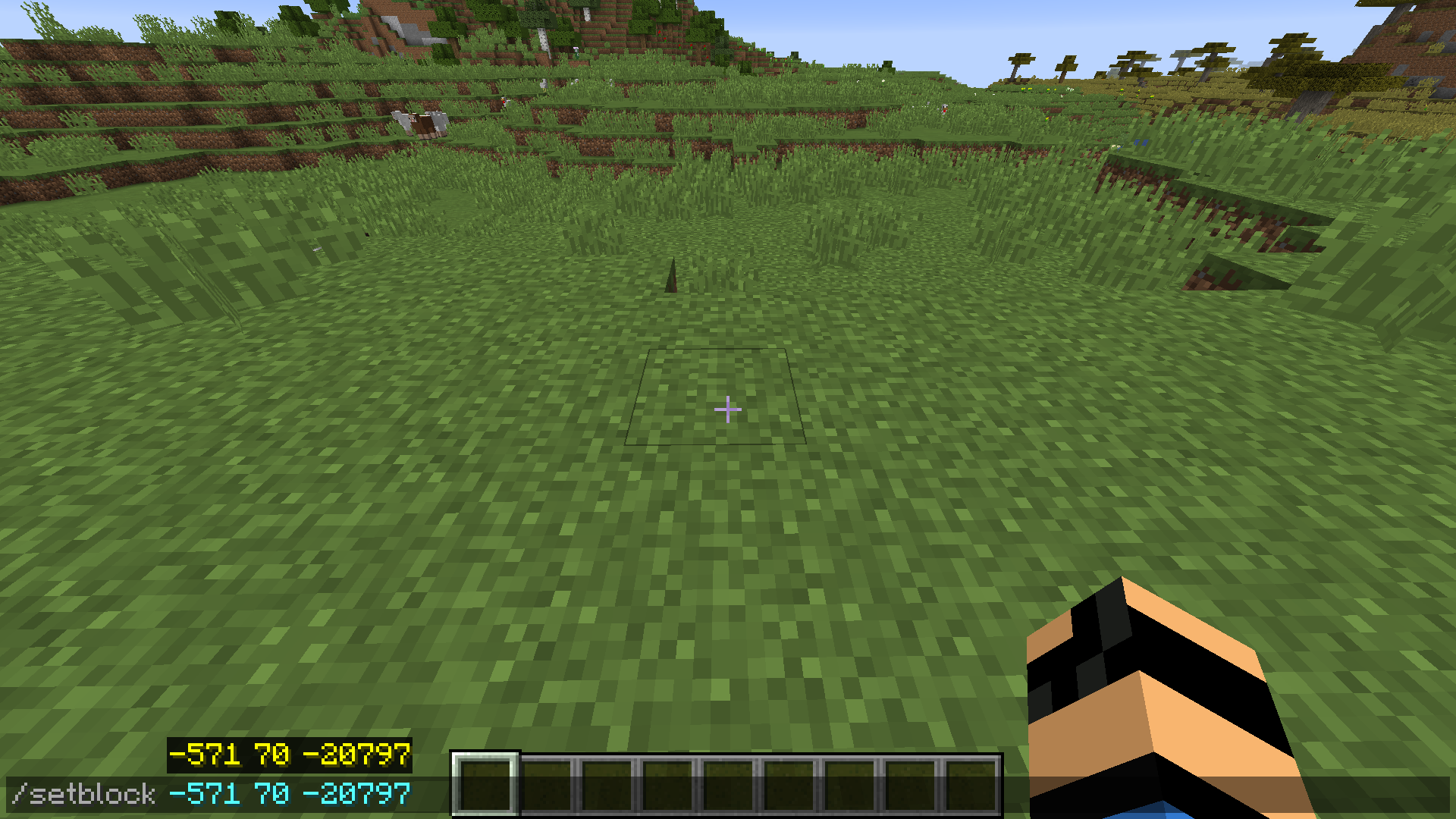 PRECISE_PRECISION uses exact coordinates, using the double primitive type. When in-game as a player, the suggested location is the exact coordinates of where your cursor is pointing at when you type the command. 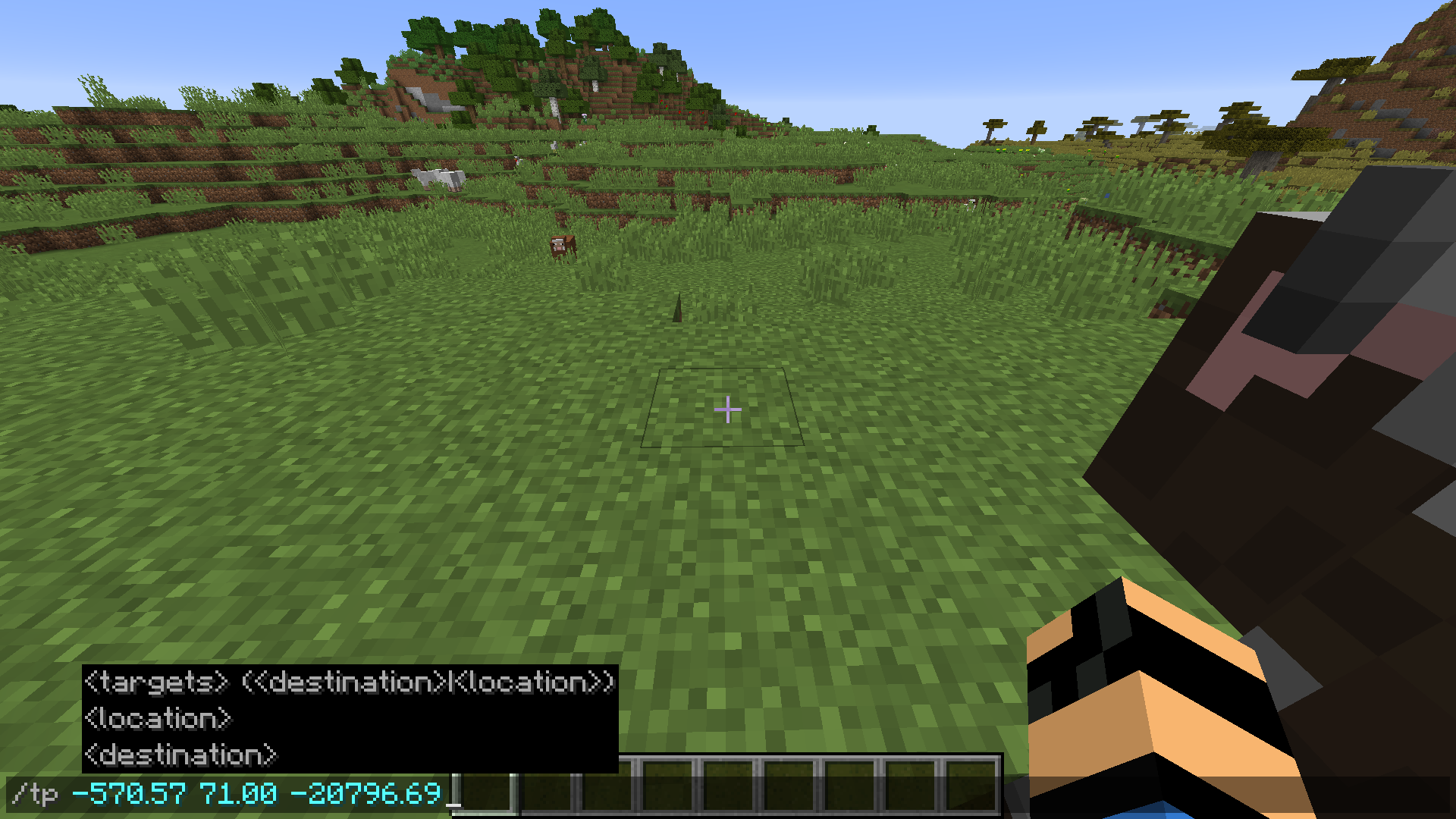 We can declare a simple command to break a block:

Simply put, given the coordinates provided to the command, "break" the block by setting it's type to Material.AIR. For this example, we're referring to block specific coordinates, so we want to use LocationType.BLOCK_POSITION:

The Location2DArgument is pretty much identical in use to the LocationArgument for 3D coordinates, except instead of returning a Location object, it instead returns a Location2D object that extends Location (thus, being compatible anywhere you would normally be able to use Location).